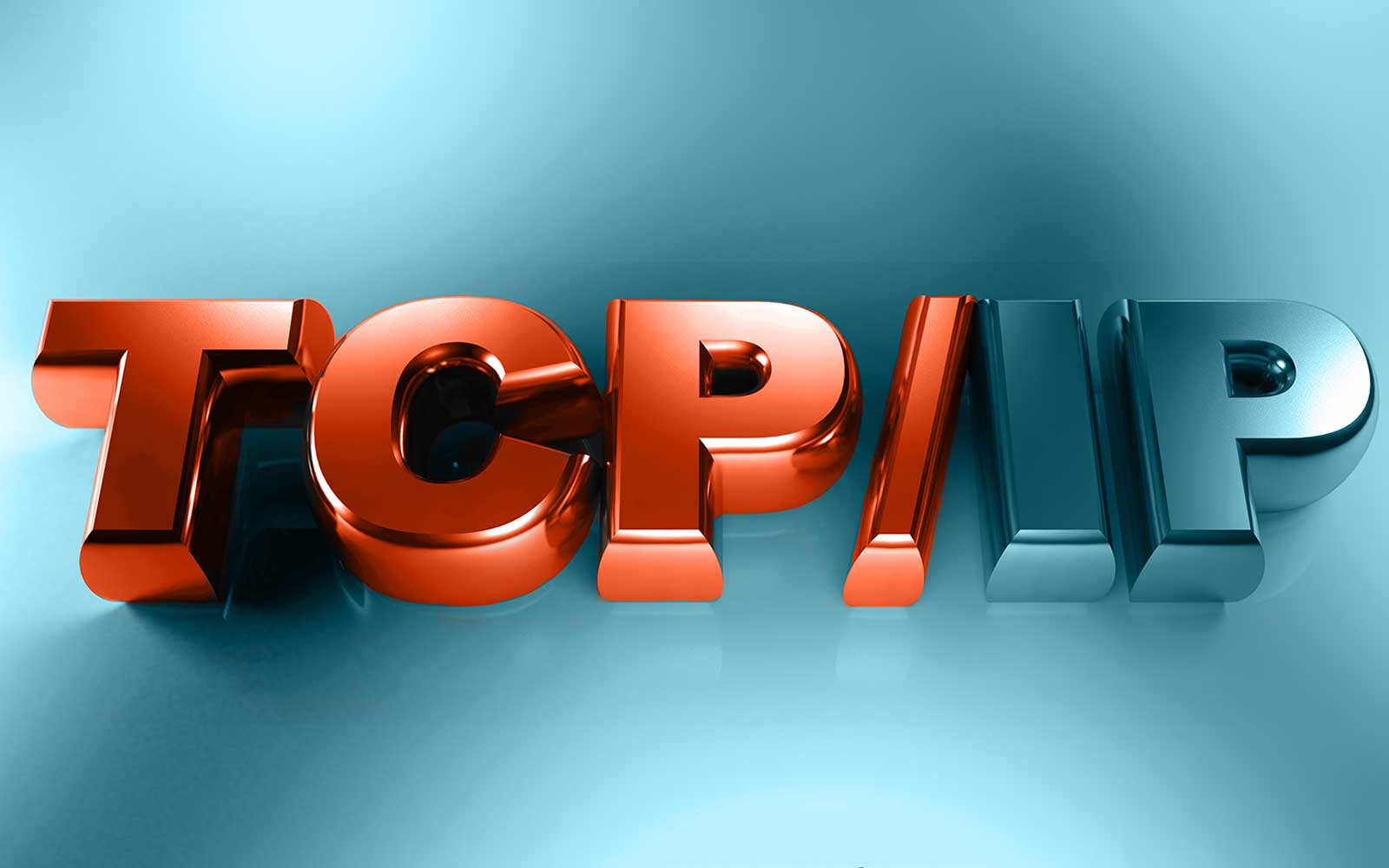 What Is the TCP Model? An Exploration of TCP/IP Layers

Have you ever wondered how you can troubleshoot a network problem? Or how an email you send from Florida is delivered to Tokyo in a matter of seconds? The magic behind it is the TCP/IP model. Discover everything you need to know about the backbone of the internet and communication transfer. Get ready to network!

Network protocols like TCP aren’t only relevant to IT networking professionals; they’re everywhere in the digital world and are the foundation of modern communication. Without them, there would be no internet and we would all be back to the 1970s analog world. This means no more online games, streaming, Facebook, video calls, and chats with your family and friends — practically a dystopian nightmare for many.

But with these great experiences and opportunities come big risks: TCP-based DDOS attacks, the growing number of detected new attack vectors, and a litany of other common network issues. This is the reason why understanding what’s going on behind the scenes of a network protocol can help users and IT specialists alike be prepared.

So far, you’ve learned the basics of the UDP protocol and how UDP works. Now it’s time to have a look at TCP, another widely used network protocol. We’ll explore the TCP/IP model, discover its different components, and learn how it relates to OSI (yes, we’ll tell you more about that too).

TCP/IP: What Is the TCP IP Model?

Computers and the internet have completely transformed the way we communicate. But just like humans, to be able to interact and exchange information successfully, computers need a common way to communicate. Most of the time, they do that through the transmission control protocol and the internet protocol model (TCP/IP). TCP/IP is basically a set of globally standardized rules that enable devices to communicate across networks. No matter which brand they are, where they’re located, and what operating system or software they use, TCP/IP works, always.

Have you ever tried buying something in a physical shop, in a foreign country, without speaking the language? I did, and let me tell you, it was an interesting experience. As my knowledge of Japanese was limited to “sushi,” “arigato” and “sumo,” I tried hand gestures, but it only caused puzzled looks.

To cut the story short, the magic happened when the shop assistant found a colleague who could speak a bit of English (the only one available that day apparently). That day, I not only got a new, shiny, smartwatch, but I also realized how important it is to have a common way to communicate clearly.

TCP vs. IP: Two Protocols Working Together as One

You must have noticed that the two protocols TCP and IP have always been mentioned together. Why? Because even if they’re two separate communication protocols, they work together toward a common goal, operating on different TCP/IP stack layers. (We’ll speak more about TCP IP layers a little later.) Like the Japanese writer Rynosuke Satoro said, “Individually, we are one drop. Together, we are an ocean.”

TCP is responsible for transporting and delivering the data to the destination application or device defined by the IP. While IP is the part obtaining the address to which the data is sent.

It’s a bit like when you send a birthday card to your grandmother: the address you write on the envelope is the IP, while the process and the technology that make sure the letter is delivered to the correct address is TCP.

Whether you send an email, browse the internet, or watch your favorite movies, the TCP/IP model makes all of it possible. How? It all starts with a handshake — much like how you shake hands when you meet a new colleague at work or greet a person you know in the street.

TCP and the Three-Way Handshake

Before transmitting packets, TCP must ensure that a stable connection has been set up between the sender and the recipient. This is where the three-way handshake (or SYN-SYN-ACK) comes in. Much like how you’d traditionally shake hands when meeting a new colleague at work or greeting someone you know on the street, there needs to be a similar exchange of messages and acknowledgments that takes place between the two parties in a TCP connection.

Breaking Down the TCP/IP Model

After completing your last big project, you want to take a few days off from work. You open your mail account, write your request to your boss, click on send and keep your fingers crossed for a positive reply. And abracadabra! Your message is suddenly transmitting from your email account to your bosses where, hopefully, they’ll quickly approve it.

But what happens between the time you hit “send” and when it arrives in his inbox?

If you’re lucky enough, you’ll soon be sitting by the pool under the sun with a cool drink in your hand.

Not yet, though! We still have to clarify the architecture behind the TCP/IP model. For instance, what are those four layers we’ve just mentioned?

What do they do? Keep on reading to find it out.

Like Marvel’s Fantastic Four superhero team, TCP/IP model layers all work together toward a common goal. In the digital world of virtually instant network communications, the layers collaborate to transmit the data from one layer to another in rapid succession. Let’s check out the layers, one by one, to get a better idea of what they do and how they work.

The application layer is the highest layer of the model. It’s what you, as a user, see and interact with when sending and receiving data. It’s also what generates the data and requests the connection. The application layer would be your email system in the previous example of requesting time off from work. Some of the most important protocols used in this layer are:

It establishes a reliable and error-free data connection between the application or device and the destination. The transport layer splits the data into smaller packets and numbers them in sequence. It determines:

It also obtains the acknowledgment that the recipient has received the packets.

The protocols used in this layer are:

The internet layer, also called the IP or network layer (though not to be confused with the network access layer, which we’ll discuss momentarily), is responsible for sending the packets and ensures that the data is transferred as accurately as possible. It’s a bit like the road traffic controller as it directs the flow and speed of traffic. It also provides the functions and procedural methods for the data sequences transfer.

The protocols belonging to this layer are:

It also handles the physical infrastructure enabling communication between devices over the internet. This includes:

I know it’s a lot to take in. But let’s see if the graphic below summarizing the layers and their functions can help you out. I bet it does because often a picture is worth a thousand words.

One of the important things to know about the TCP/IP model is that its layers are slightly different from those included in the OSI model we just mentioned. But what’s the OSI model? And how is it related to the TCP/IP model? You’ll find the answers to these questions in the next chapter.

Do you remember when talked about the importance of a common way to communicate? The open systems interconnection model was developed by the International Standards Organization (ISO) to address this need. Its goal? Ensure compatibility between electronic communication systems at a global level.

While the TCP/IP model was an implementation model designed to maintain and explain the transmission of data, OSI was more a kind of reference model. It’s a concept that illustrates the functions of the communication system and its procedures. So while both the TCP/IP and OSI models are both about computer networking at their ore, there are some fundamental differences between the two models:

An Irish proverb says, “Say a little and say it well.” This statement embodies the TCP IP model; it’s a concise version of the OSI model. As mentioned in the table above, the TCP IP model has four layers, whereas the OSI model has seven layers as described in the graphic below. OSI is, therefore, verbose (extensive). It’s a bit like that professor you had in college who could talk for 10 minutes to describe a concept that could be expressed in less than one minute.

Final Thoughts on What Is the TCP Model? An Exploration of TCP/IP Layers

As an IT professional, having a strong understanding of the TCP/IP model and its uses will serve you well in your day-to-day responsibilities. With cyber attacks on the rise, knowing TCP/IP inside and out will enable you to protect your network infrastructure against external threats and optimize its design accordingly.

As an internet user, intermittent network problems and streaming buffering can be frustrating if you don’t understand the basic technology behind it. Now that you’ve had a peek behind the scenes of the TCP model, you’ll better be able to point the finger to the right culprit the next time you experience connection issues.

UDP and TCP — they’re now familiar terms. But how do you know what’s the best internet protocol for you and your organization? Watch this space because this is what we’re going to discuss in our next article. We’ll be comparing the two protocols and learning about their differences so that you can “get your network to work for you.” 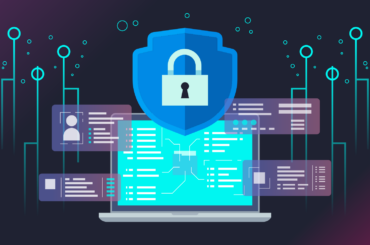 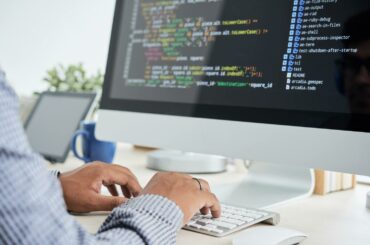 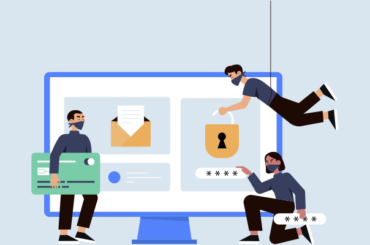