By eliminating security warnings through the use of an EV code signing certificate, you can increase the likelihood of users downloading your application…

Concerned about the security warnings typically generated by Microsoft when attempting to run new software on Windows? Using an EV code signing certificate may help you resolve this issue.

As a new developer or an up-and-coming organization, it’s unlikely that you already have a large customer base or a well-established publisher reputation. As a result, it’s likely that end-users attempting to download and run your application are greeted with an “Unknown Publisher” warning like the one below:

A reputable developer is less likely to trigger alerts with their code than a new programmer for whose reputation the jury is still out. Though building a reputation takes time, its importance can’t be overstated. That’s because your reputation is directly related to the warnings displayed to your end-users and the number of software downloads. Understandably, some users may be discouraged from running your software on their systems after encountering these security alerts.

Get EV Code Signing Certificate and Save Up to 59%

We offer the best discount on EV Code Signing Certificates from trusted Certificate Authorities starting at just $249 per year!

To understand how code signing works, we need to consider what happens at the developer’s end and what happens at the users’ end. The signature is applied to the application by the code author, and it is verified by the user before it gets downloaded and executed. This protects users from running a counterfeit application modified by hackers attempting to corrupt their systems or steal their data.

Here’s a quick look at code signing from the developer’s end of the process: 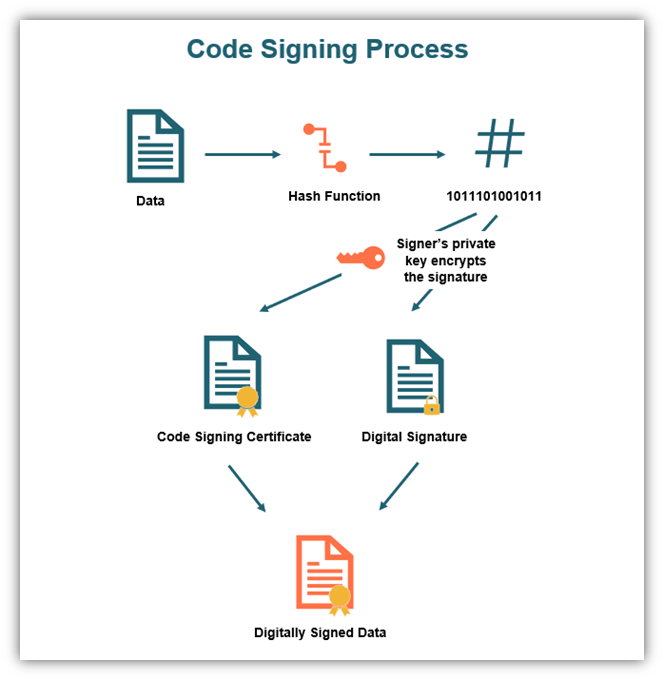 Here’s a quick look at the signing verification process from the users’ side of things: 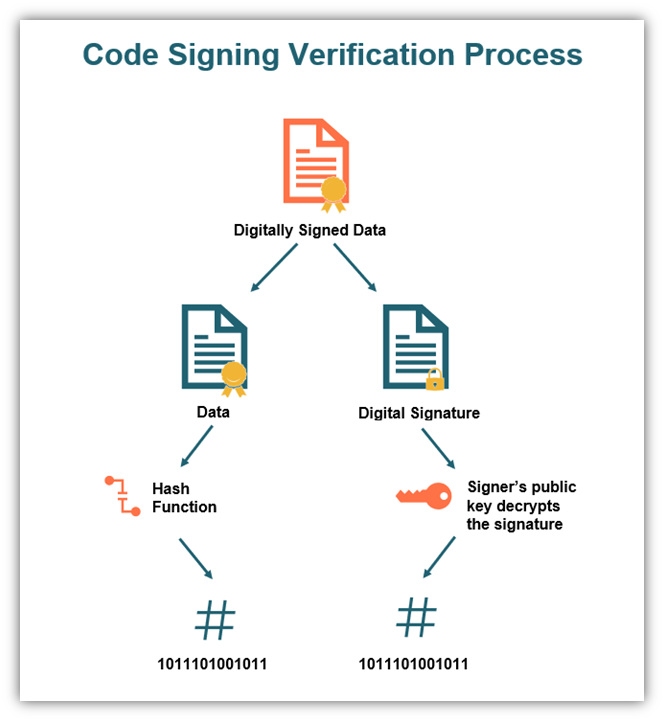 Why Should You Choose an EV Code Signing Certificate?

For a publisher with a well-established reputation, a code signing certificate still holds value. It enables you to protect your users by assuring them of your file’s integrity. This prevents attackers with malicious intent from modifying the code.

For developers who’re just starting out, it does that and more. It provides a secure experience for their customers and assists the developers in mitigating security alerts that may deter users from downloading their applications in the first place.

Purchase a Code Signing Certificate & Save Up to 59%