Java is a popular programming language, but also one of the most commonly exploited. That makes the need to sign Java code all the more obvious. Nowadays, most devices won’t trust a Java application if it doesn’t have a signature made by a trusted java code signing certificate.

What is Code Signing?

When you sign a piece of code, you’re affixing a digital signature and a hash value that can be used to identify you, vouch for your integrity, and serve as indicators for whether or not the code has been tampered with since it was signed.

What is a Java Code Signing Certificate and How Do I Get One?

A java code signing certificate is what makes this process possible. To acquire a java code signing certificate, first you’ll need to purchase it through a trusted certificate authority (CA). It’s going to require you to undergo validation, too. After all, the CA is conferring upon you trusted status. In a way, it’s putting its own reputation on the line. So, due diligence is a must. There are two levels of validation: organization/individual (OV/IV) and extended validation (EV). Both require you to prove your identity and legitimacy as a business. EV will grant you a reputation boost in Microsoft SmartScreen, too.

Once you’ve completed validation and gotten the java code signing certificate issued, you can begin using its private key to sign your code. Keep in mind, this signing key is incredibly valuable, so you’ll need to guard it with your life. We keep ours locked on an air-gapped computer that’s kept in a secure, sealed room that requires a blood sacrifice from at least two executives, in addition to the heart of an intern in order to access it.

Not really. But you get the point.

How Does Java Code Signing Work?

When you sign code, you’re affixing a digital signature to it. First, the code is hashed — a cryptographic function that maps data of any length to a fixed length output. The hash is then signed and that’s hashed again. The hashes serve as a checksum, meaning that no two disparate inputs can produce the same hash value. So even the smallest change will result in a new hash and a failed checksum.

When a client receives your software, it checks the validity of the signature and the certificate that made it just like it would with any other PKI function such as SSL/TLS or S/MIME. Provided it can authenticate the certificate, it then trusts the software.

If not, it presents the user with an error like this: 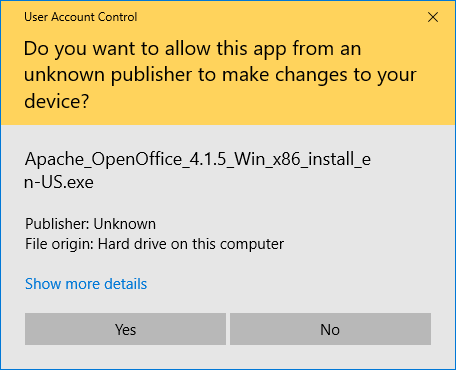 If you need a java code signing certificate, you’ve come to the right place. Nobody sells them for less than we do. We guarantee it.

Purchase Java Code Signing Certificates & Save Up to 59%

Shop Java Code Signing Certificates and Save Up to 59%